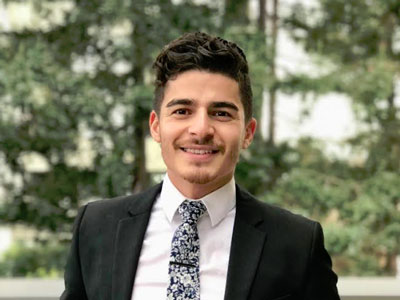 Edwin Serrano is originally from the greater Los Angeles area in Southern California. He graduated from UC Santa Barbara in 2013 where he received a Bachelor of Arts in Sociology. He received a Master of Science in Higher Education Administration from Florida International University in 2015, and worked there to create an inclusive climate for LGBTQA students. Edwin previously worked at Washington State University as a Residential Education Director for two years before joining the Cal Residential Education team. He is excited to be back in the great state of California and ready to support students from all walks of life. Catch him being artsy, working out, cooking and eating, or being outdoorsy. Go Bears!